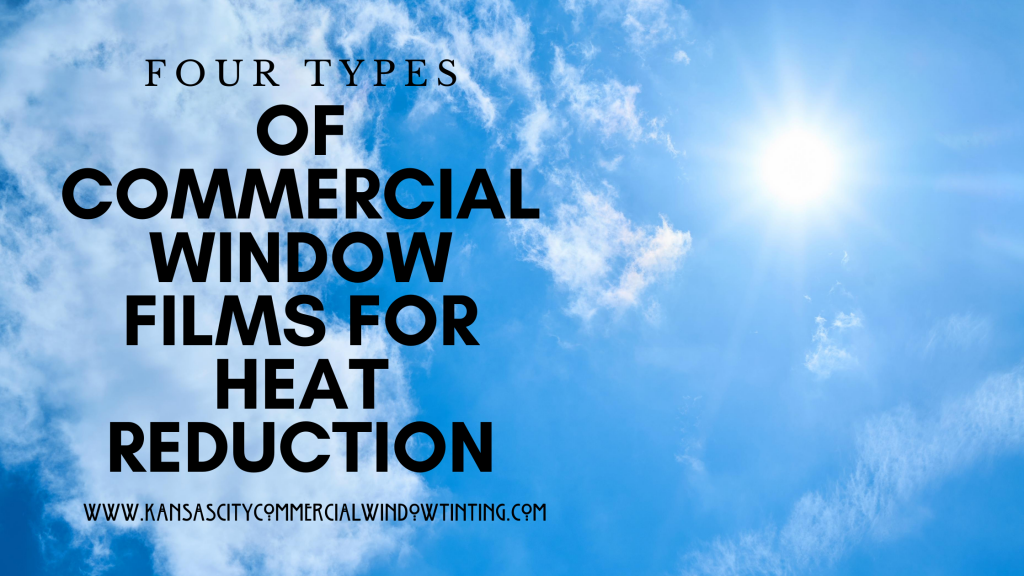 The effectiveness of window film varies depending on the type of film– and whether it fits the location’s solar issues.  This is especially true when it comes to commercial films. So, choosing your window film wisely is something to take your time and do your research in because it is the key to your success in reducing heat and any other application. Below are the four main types of commercial films.

Ceramic window tinting is very effective for blocking glare– it blocks about 63%, 62% of glare. It also blocks 99% of UVA and UVB rays from beaming through windows and causing harm. The best part about ceramic window tinting for commercial applications is how clear the windows remain. These films are virtually invisible–meaning those gorgeous KC from your office windows will stay intact.

If you are looking for an amazing heat reducing window tinting for your Kansas City commercial space and one that allows for a natural daylight appearance inside–Neutral window film is a good choice.  It has low overall reflectivity and will block over 50% of heat and glare, and 99% of UV/UVB/UVA rays.

Reflective window film is powerful, blocking up to 79% of heat and a whopping 83% of glare! However, like many commercial tints, it blocks 99% of UVA and UVB rays. What sets these types of commercial films apart is their ability to reduce visibility into your commercial space.  This means when heat reduction and privacy are of equally high concern–commercial reflective tints are the answer.

Dual reflective window tints give windows some privacy like reflective heat-rejection films but still let in better views similar to ceramic film. This means, with these amazing hybrid films you get 71% of heat blocked, glare reduced by over 80% and 99% of UVA and UVB rays–but still a bit of privacy with plenty of light transmissions.

The heat reduction window tinting you select for your Kansas City commercial space depends on your building’s situation. Having a professional guide you through these four choices, and more, will be critical to saving your commercial space thousands, so contact us today at Kansas City Commercial Window Tinting. 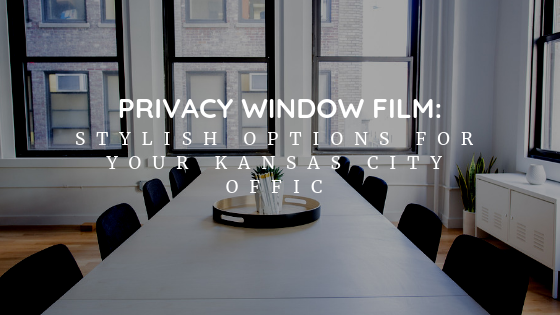 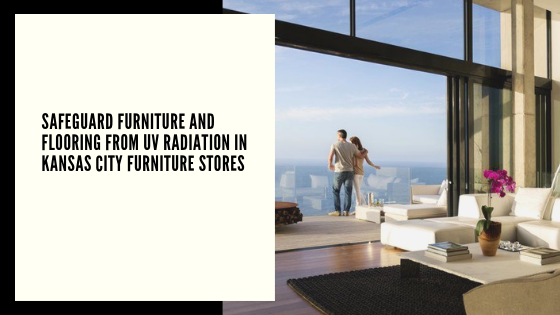 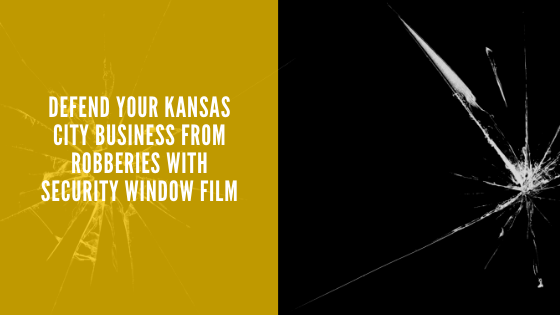